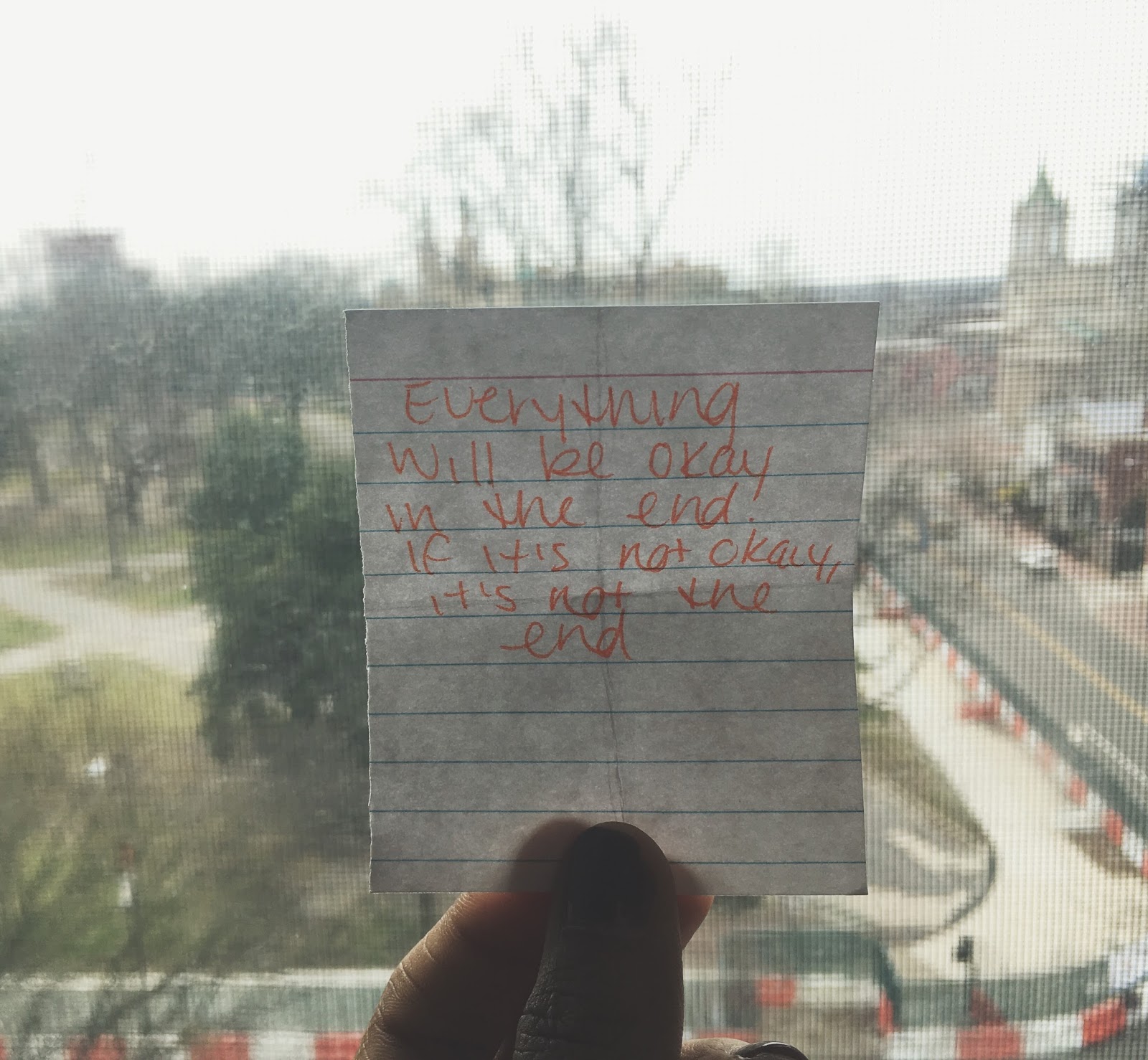 Simply put, life is hard right now! I got sick early on in the semester and if you’re in college you know how that goes. It’s like even if you go to class you’re not really there and if you’re not there, you’re gonna have some catching up to do. That said, I’m just now getting to the point where I can say that I (sort of) got the hang of things. I knew this semester was going to be hard, BUT even then, I still underestimated how challenging it would be. I had to sacrifice sleep for more nights than I would normally be willing to and I still would come up short of the results that wanted. I have cried, gotten angry with myself, and questioned whether this med life is truly for me. I’m only starting the Journey to Medicine, but I’m having so much trouble. I can only imagine what life is going to be like when I get to higher levels of biology and chemistry, Oh ,and that 4.0 that I wanted earlier, it’s probably unlikely that I’ll have it. I mean, I strongly believe that I can finish with a 3.7 (at this point, I would be abundantly satisfied with this), but it’s just hard to set a goal and not achieve it. So yeah,  it’s projected that I’m going to have more Bs this semester than last, which isn’t a terrible thing. Things happen, you know?

Aside from being sick, I also think that I fell into a bit of depression. I’m going to try to explain this the best way possible. It’s like, I was laying on the median of a busy two-way street and I was watching the cars rapidly pass me by– I was merely existing. In other words, I was here, but not really. At first I put it off as just stress, so I did what normally do when I get stressed– take naps, watch a funny show. It wasn’t going away though. So I cried and just gave myself some space to reflect. One of the quotes that got me through this was “Everything will be okay in the end. If it’s not okay, it’s not the end”. That quote changed my entire outlook on life. Also, over Spring Break I got to see my granny’s dog-child, which helped a lot. I don’t know, pets give so much unconditional love, it’s almost like we don’t deserve them.

“Everything will be okay in the end. If it’s not okay, it’s not the end”. — John Lennon

Being back home reminded me of why I’m working so hard. There are so many people that believe in me; they make me feel like the sky is the limit. So after break, I was emotionally and mentally prepared to come back and tackle the three exams I had waiting for me. It was really hard to maintain with the time change and all, just know that some serious self care went down this weekend.
Overall, I think it’s important to be kind to yourself. They say that we are our toughest critics– or something like that, lol. Seriously, pay attention to your feelings and if you need help, don’t be afraid to reach out.

I know it’s hard, but mental health is important– you are important.